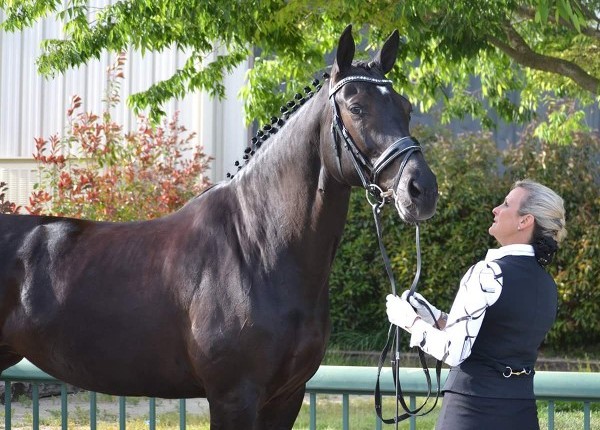 A long time USET member, Gwen Blake was long listed for the 2004 Olympic Games in Athens. Competing many times in the US for Olympic Festival awards, and National titles, she was also the 2003 South American Coach for the Pan-American Games in the Dominican Republic.

Gwen was also a team medalist for the United States Pan-American Team. She has numerous wins at Grand Prix Level nationally as well as internationally. She has 25 years of experience at the International Levels. Gwen has trained and competed extensively in Open Division at CDI’s on the West Coast, East Coast and in Europe. She has earned the USDF Centerline score five star achievement score as well as the individual USDF Bronze, Silver and Gold medals. She has twice received The National Horse Show Award and Presidents Trophy. Gwen has trained over a dozen horses all from youngsters through the levels to Grand Prix. Awarded Highest Scoring Foreign athlete at Langley CDI June 2016.

As an instructor, Gwen has successfully coached amateur and professional students and their horses thru Regional and National Championships FEI Levels and has instructed many to Grand Prix.

Keep Up with us